What Is The Right Size Pipe For Your Main Sewer Line? (Types And Repairs)

Are you asking yourself, what is the right size pipe for your main sewer line? Well, you’re in luck. In this article, you’ll learn everything you need to know about main sewer lines, including their size, different types, and different repair methods.

What Is The Main Sewer Line? 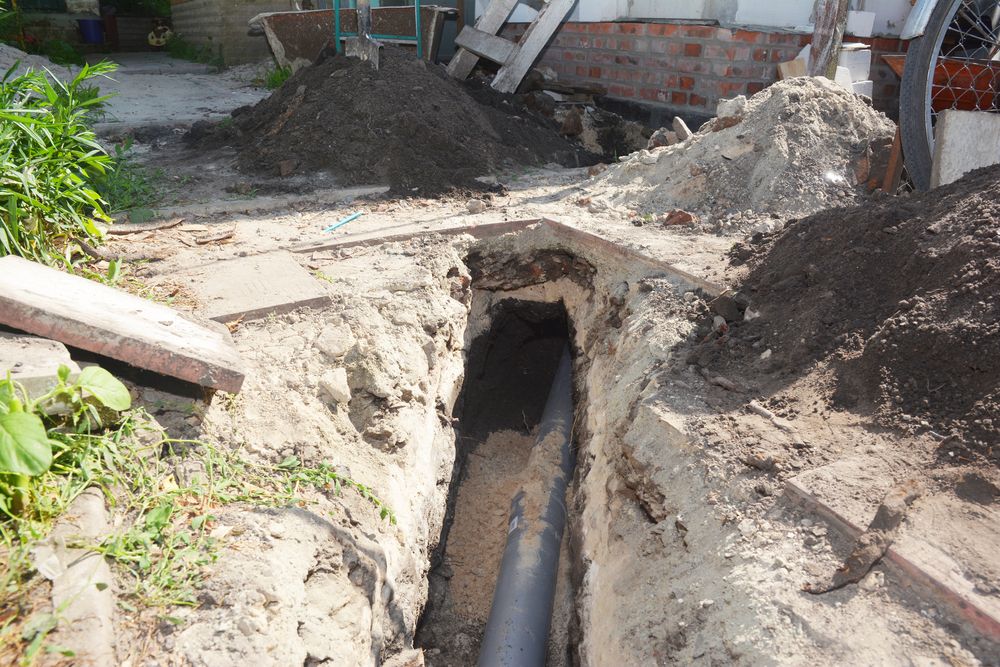 What Is The Right Size Pipe For Your Main Sewer Line?

Depending on your local plumbing codes, the main sewer line for residential homes is usually 4 inches in diameter. You may think if the pipe were larger, more waste could travel without getting clogged. But that’s not true. It’s not about size. It’s about water pressure.

If the sewer line were larger, the water pressure would spread out and slow down your waste flow. Because the pipes are smaller, the waste flow is more focused. Smaller pipes equal more pressure.

Here are other average pipe sizes.

Terracotta pipes, also called vitrified clay pipes, are made of a clay-based ceramic. Their origin can be traced back to 4,000 BCE in Babylonia. That’s a long time! Modern clay pipes are air-dried for at least 24 hours before they are fired in a kiln for at least 50 hours. 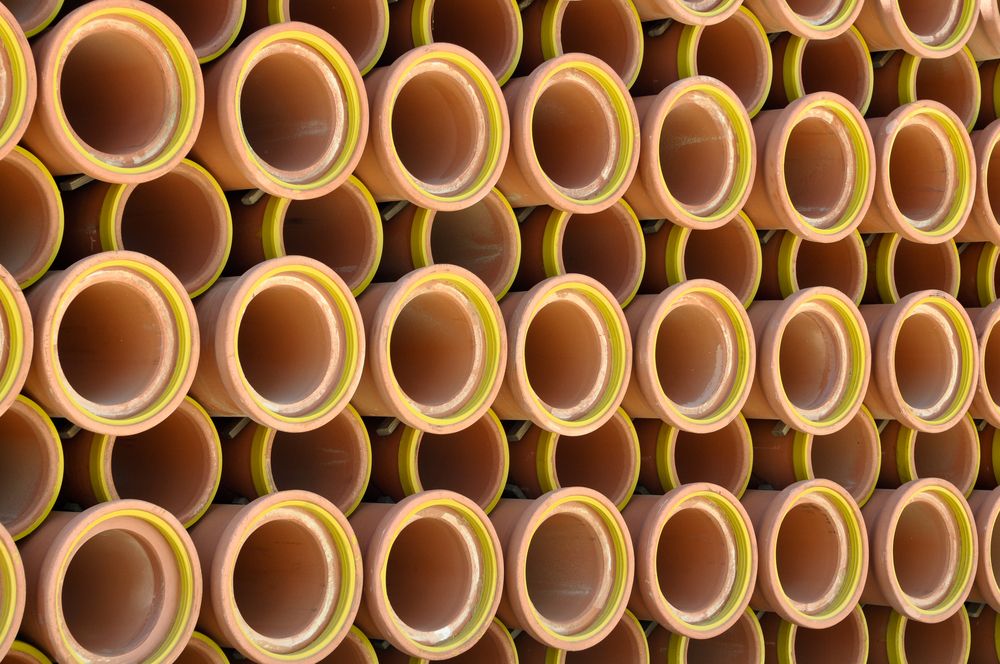 On the downside, clay pipes are heavy, difficult to work with, hard to transport, susceptible to roots and leaks, and can crush easily. If your clay pipes start to fail, most plumbers will recommend replacing the entire sewer line rather than repairing a small section.

Cast-iron pipes are made of a metal alloy containing iron, carbon, and silicone. Because cast-iron is not malleable, meaning it cannot be hammered or pressed into shape, the pipes are cast in a mold before they are installed. 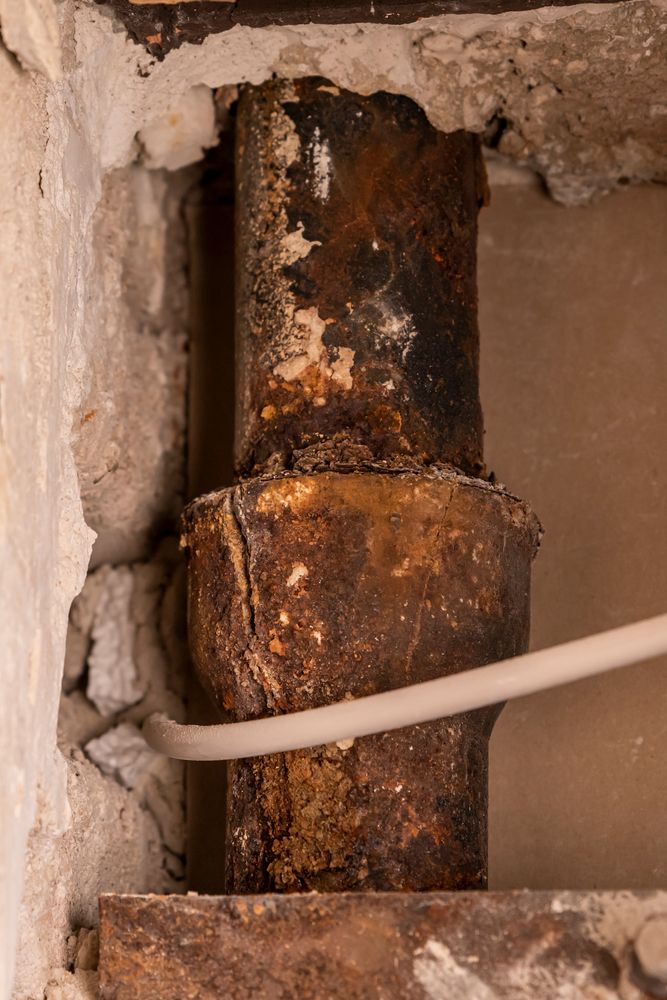 Orangeburg pipes (also known as “fiber conduit,” “bituminous fiber pipe,” or “Bermico”) are made of wood fibers, special water-resistant adhesive, and liquefied coal tar. Orangeburg pipes were a very common material back in the 1930s.

Builders used Orangeburg pipes because they were cheap, easy to cut, and weighed less than other pipes. Other than that, these pipes don’t come with a lot of good qualities. These pipes are known to fail in less than ten years. Because Orangeburg pipes are so weak, sewer cleaning solutions such as hydro-jetting can actually damage or destroy them.

In the early 1970s, PVC (polyvinyl chloride) pipes became the most popular choice for drain and sewer pipes. Plastic sewer pipes are simple to install, cheap, and easy to transport. They fit together tighter, and tree roots rarely get into the joints.

Another common type of plastic pipe is ABS (acrylonitrile butadiene styrene). These pipes look like regular PVC pipes, except they are black and slightly softer. ABS is stronger than PVC, but they still come with a few drawbacks. For example, ABS pipes are often not permitted by building codes because they used to be made with a recycled plastic resin that polluted the ground. ABS pipes can also warp and deform if they’re exposed to certain temperatures. 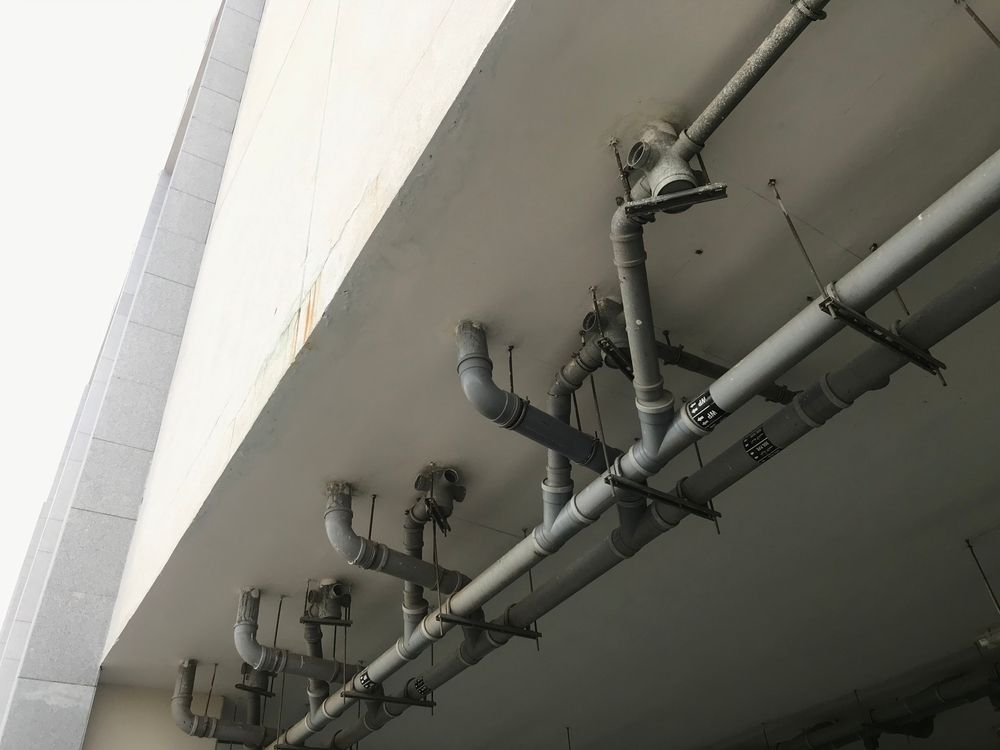 How Do You Repair The Main Sewer Line?

There are several ways to repair the main sewer line underneath your home. Two of the best solutions include pipe lining and pipe bursting. Pipe lining involves inserting an epoxy-impregnated liner into your old crumbling pipe. Then, the liner is inflated, creating a new pipe directly inside your old one. Pipe-bursting is a little different. Instead of inflating a new pipe inside your old one, a brand new pipe is pushed into your old one. Your old pipe is broken apart as the new pipe replaces it.

Read more about how to replace the main sewer line.

Who Do You Call About Your Main Sewer Line?

If you have questions about your main sewer line, who do you call? Call New Flow Plumbing today! We’ll get you started with a CCTV sewer camera inspection to determine where your problems come from. Then, we give you a free repair estimate, followed by available repair options.